I remember when I moved to Atlanta, back in 1995, having my first Krispy Kreme Doughnut. It was hot and it was delicious. I was an instant fan. I remember my college roommate and I would get off at the West End Marta Station and if that Krispy Kreme Hot Now sign was on, we would most likely be walking down the street with a dozen doughnuts in tow. All of which would be gone by the time we reached our dorm. Lol. 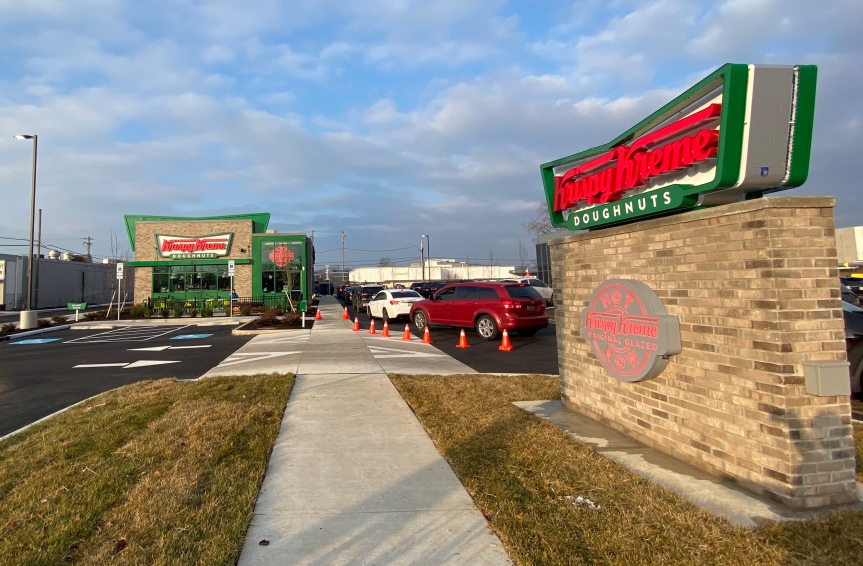 Today my hometown, Toledo, welcomed Krispy Kreme to the city with a Grand Opening celebration of their newest location. People were very excited about the opening. The person most excited about it was their first customer who arrived at 2 AM this morning! I stopped by much later in the morning to join the festivities and to of course pick up a few doughnuts. When I arrived, there was a very long line of cars down Secor Rd going into the Krispy Kreme drive-thru. I decided to go inside to take a look at the interior design of the sweet establishment. 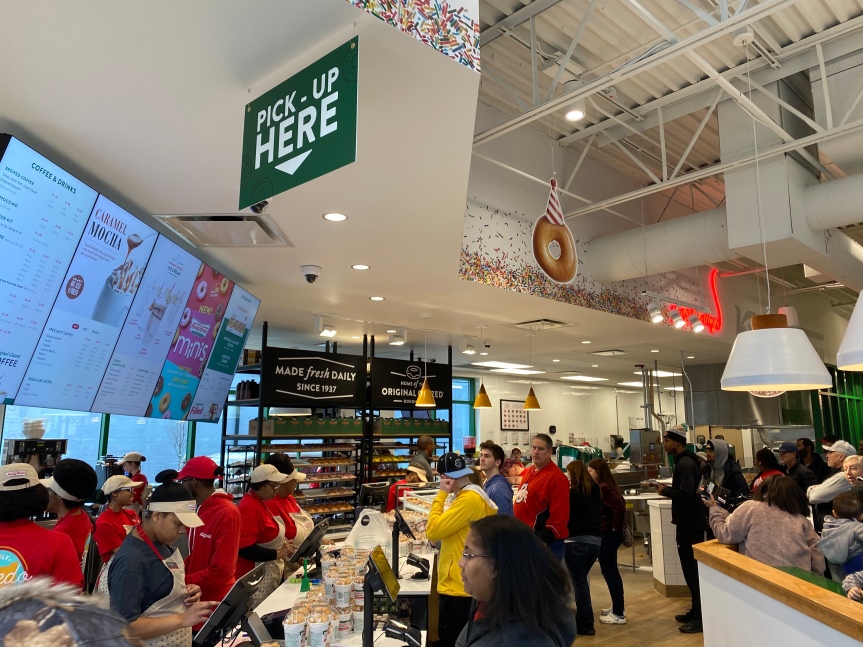 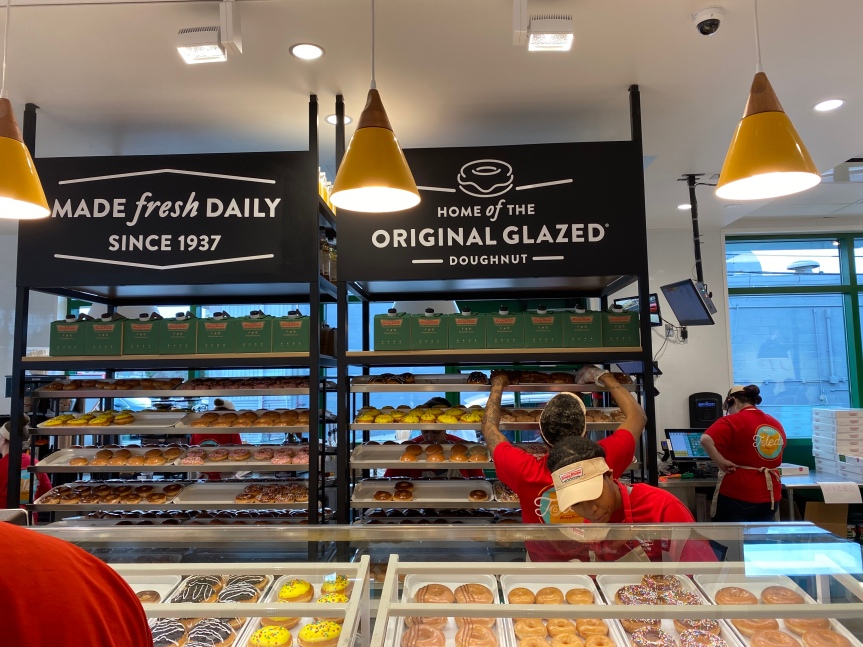 Inside was just as busy as outside. People were patient waiting in line to get a first taste of the Krispy Kreme Doughnuts. While they waited, customers were able to watch as their doughnuts come down the line ready to be boxed and devoured.

Krispy Kreme has a delicious selection of 16 doughnuts, including their most popular doughnut, Original Glazed. The Toledo location is one of only three locations to serve milkshakes and ice cream sandwiches.

I enjoyed my hot Original Glazed Doughnut. It took me back to my college years with every single bite. 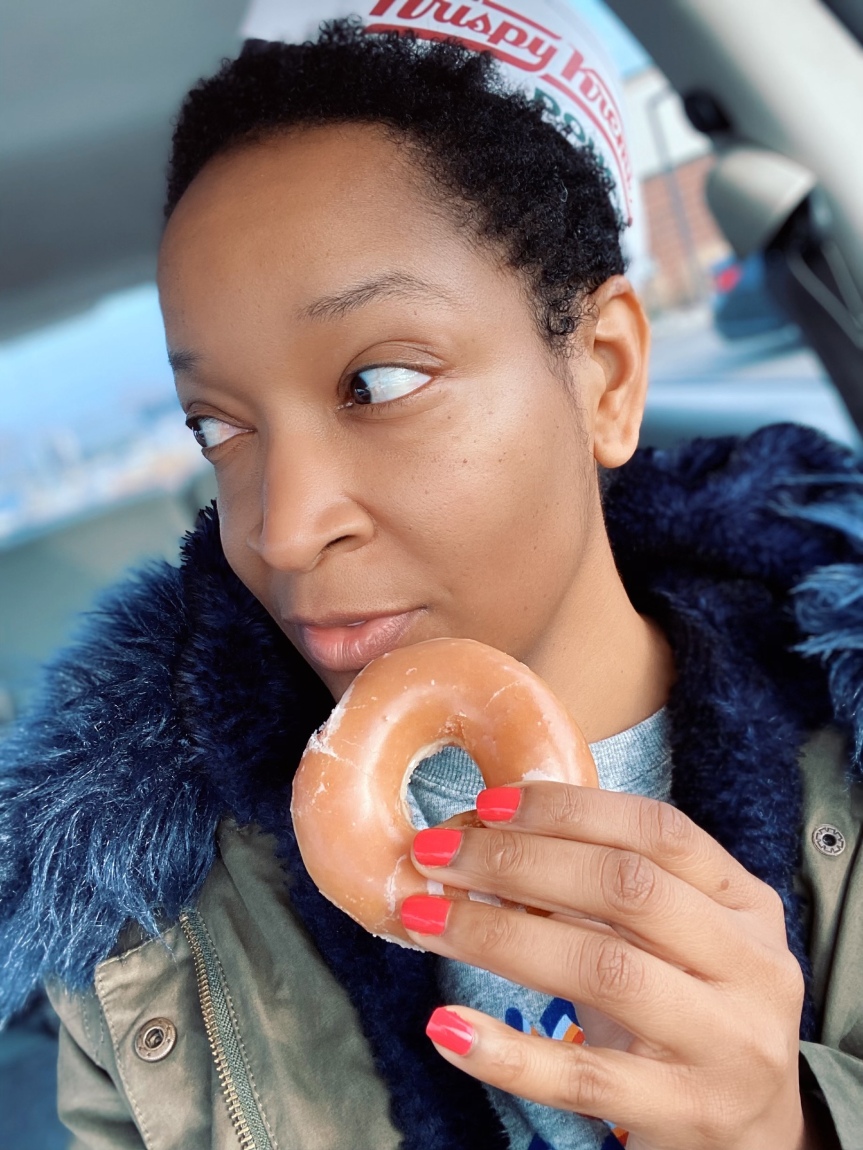 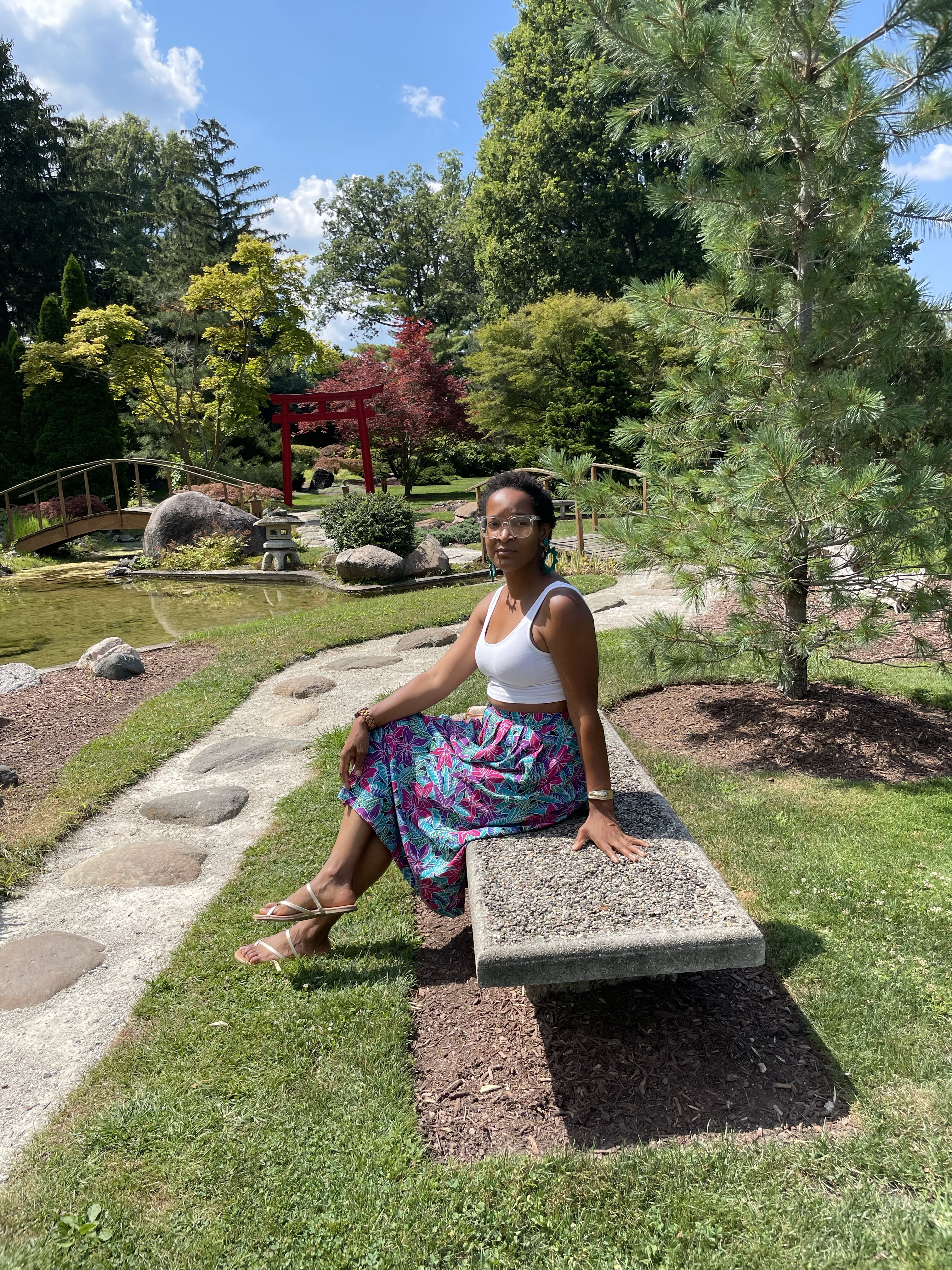